This content is Copyrighted © 2021 by Daniel Tam | All rights reserved. 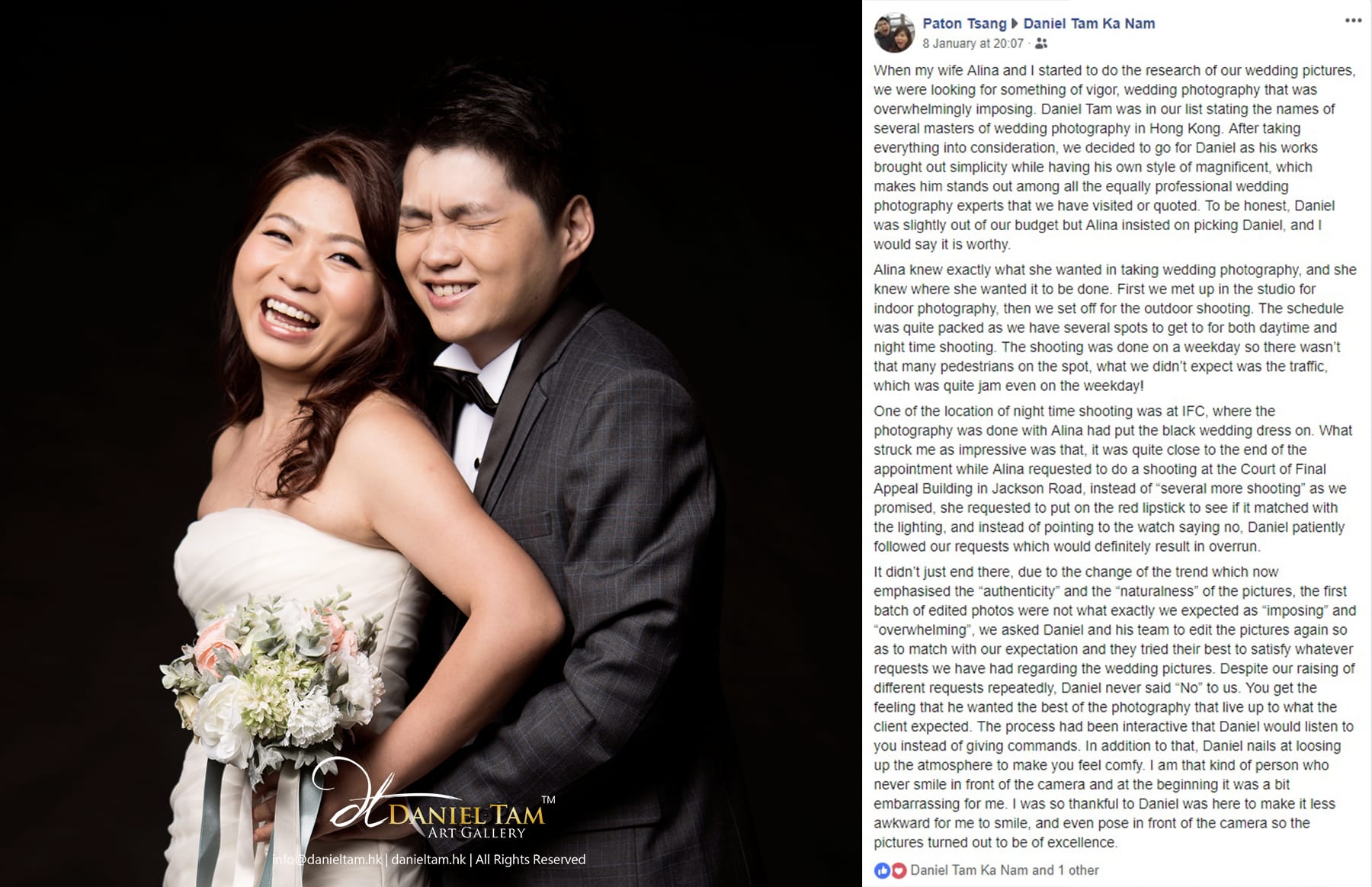 When my wife Alina and I started to do the research of our wedding pictures, we were looking for something of vigor, wedding photography that was overwhelmingly imposing. Daniel Tam was in our list stating the names of several masters of wedding photography in Hong Kong. After taking everything into consideration, we decided to go for Daniel as his works brought out simplicity while having his own style of magnificent, which makes him stands out among all the equally professional wedding photography experts that we have visited or quoted. To be honest, Daniel was slightly out of our budget but Alina insisted on picking Daniel, and I would say it is worthy.

Alina knew exactly what she wanted in taking wedding photography, and she knew where she wanted it to be done. First we met up in the studio for indoor photography, then we set off for the outdoor shooting. The schedule was quite packed as we have several spots to get to for both daytime and night time shooting. The shooting was done on a weekday so there wasn’t that many pedestrians on the spot, what we didn’t expect was the traffic, which was quite jam even on the weekday!

One of the location of night time shooting was at IFC, where the photography was done with Alina had put the black wedding dress on. What struck me as impressive was that, it was quite close to the end of the appointment while Alina requested to do a shooting at the Court of Final Appeal Building in Jackson Road, instead of “several more shooting” as we promised, she requested to put on the red lipstick to see if it matched with the lighting, and instead of pointing to the watch saying no, Daniel patiently followed our requests which would definitely result in overrun.

It didn’t just end there, due to the change of the trend which now emphasised the “authenticity” and the “naturalness” of the pictures, the first batch of edited photos were not what exactly we expected as “imposing” and “overwhelming”, we asked Daniel and his team to edit the pictures again so as to match with our expectation and they tried their best to satisfy whatever requests we have had regarding the wedding pictures. Despite our raising of different requests repeatedly, Daniel never said “No” to us. You get the feeling that he wanted the best of the photography that live up to what the client expected. The process had been interactive that Daniel would listen to you instead of giving commands. In addition to that, Daniel nails at loosing up the atmosphere to make you feel comfy. I am that kind of person who never smile in front of the camera and at the beginning it was a bit embarrassing for me. I was so thankful to Daniel was here to make it less awkward for me to smile, and even pose in front of the camera so the pictures turned out to be of excellence.